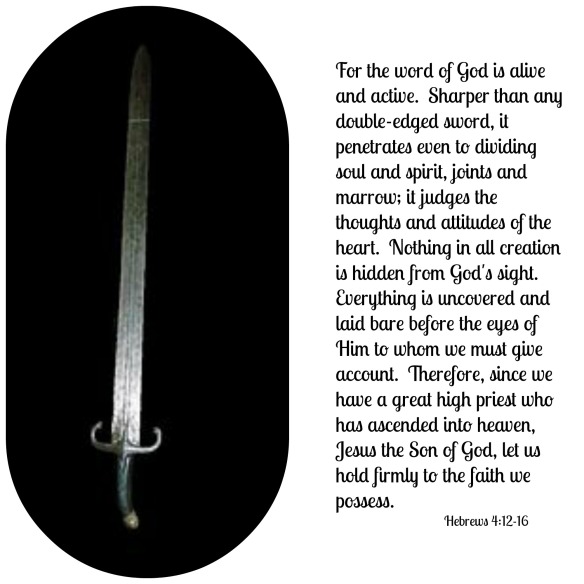 This has long been one of my favorite passages in the Word.   I am often humbled by the fact that I will ultimately give an account of my life to my Great High Priest, Jesus.  It tells me that I must use the Word to define my life.  But there’s more to it…

Active, in the Greek, is energes.  It is commonly used, in the Bible, as a medical term that means engaged to/in work, effective.  Think about that.  God’s Word is meant to be active, healing medicine for us.  The double-edged sword is a reference to a surgical knife.  In modern terms a scalpel that opens the surface (skin), cuts through to the bone, and reveals all.

And so, God knows all and sees all.  His word is meant to heal us.  It is meant to protect and defend us.  He gave it and breathed it so we would have the answers and ‘remedies’ we need. (2 Timothy 3:16)  His expectations are for us to read it and use it!

6 thoughts on “The Double Edged Sword”