In the beginning, there was nothing but water and God.

Then, God said, let there be light.  He knew the light meant nothing without darkness.  So he created that, too.  He separated the two and called them day and night, evening and morning.  The first day.

On the second day, God separated the water.  Some on the earth and some in the sky. He also determined there to be dry ground and separated it from the water.  Now, we have land and sea.  A place ready for the next day of work.

Here we are at the morning of the third day.  God tells the land to produce plants and trees that bear seeds and fruit.  And so it is.

God, on the fourth day, puts the sun, moon, and stars in the heavens and sets them in motion.  He knows the plants will need sunshine to produce as He intended.

Day 6 is going to be a busy one.  It’s all about creating livestock and animals that move along the ground.  Then He creates mankind.  Man and woman.  He makes them look just like Him.  He tells them to rule and subdue the earth.  He tells them what they can eat.  He looks around and says,  “It is good.”

The Jesse Tree is all about knowing the genealogy of Jesus.  The people God put in place to point to the birth of the one who would save us all.  Adam and Eve were the first with many more to follow.

Part 1 of the Jesse Tree Devotional

Have you ever given thought to ‘Who Sang The First Song?’  Did you know there’s a constant sound in the universe?  That sound originates from the sun, neutron stars, black holes, and more.

From the beginning of time, there have been sounds all around.  God has not only put the beauty of sound everywhere but He has given each of His creation their own song.  Each song is individualized and determined for each one of us to use in furthering His Kingdom on Earth.

Now I recognize this is a bit ‘heavy’ for children. However, Ellie Holcomb, in her book Who Sang The First Song?, covers the concept in words and questions that children can understand.

After all, didn’t God tell us to make a joyful noise?  And what is more joyful than a song straight from the heart.

So, if you need a really great children’s gift, or want to enrich your home library, I highly recommend this delightful book.

Disclosure of Material Connection: I received this book free from Broadman Holman/Lifeway Publishers. I was not required to write a positive review. The opinions I have expressed are my own. I am disclosing this in accordance with the Federal Trade Commission’s 16 CFR, Part 255: “Guides Concerning the Use of Endorsements and Testimonials in Advertising.”

Here it is. 5-Sentence Friday. Today’s verse is one that is often repeated. The One and Only thought of me, planned me, loved me from the beginning of time.  In the ‘fullness of time’ (phrase from Eph. 4:4) I came to be. Just thinking about this concept is overwhelming but it is what it is.

Thank you for making me so wonderfully complex! It is amazing to think about. Your workmanship is marvelous—and how well I know it.  Psalm 139:14  TLB

Disclaimer: I was provided a copy of this book for my review by Jay Schabacker through Bookcrash.  No other compensation was received.  If you click on the book it will take you to Amazon’s purchase page.  Once again, I receive no compensation for your decision to purchase.

This insightful look into the reasons for ordering creation would be useful for all ages.  The author, Jay Schabacker, has carefully researched many of the events during the first seven days to provide the reader with an accurate representation of what God did and why He did it.  Starting with a cute tickler about the Man in the Moon and moving through the Creation events he provides the reader with many stories within the Story.

Using the Word of the Creator God and scientific fact and theory the Creation comes to life on the pages of this book.  Facts, beautiful pictures, quotes, Bible verses, and flowing words fill this book with a solid basis for a Creative, Purposeful, Life-giving, beginning to Earth, the Solar System, and all of the Cosmos.

Through the eyes and words of this author each creative day had to preceed the next so the finished product, man, could move forward.  Sequentially using the movement of the planets, the  rain cycle, how the seasons are beneficial , tidal movement and timing, instincts of birds and fish, domesticating animals, and the uniqueness of each human, puts the story into perspective and makes for some very interesting reading.

I highly recommend this book!  Either for your coffee table (because it is beautifully made) or as a gift for any age,  you can’t go wrong. 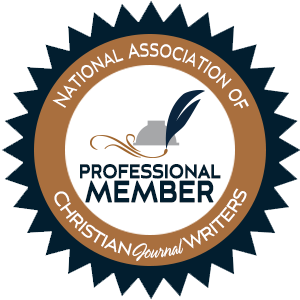